The Bridge 2017: an economic, maritime and festive event 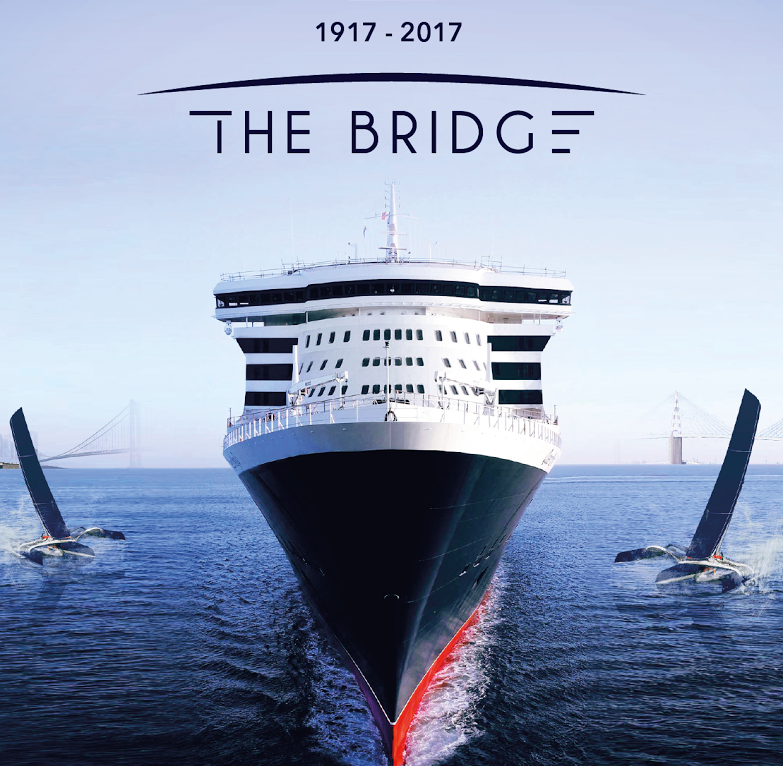 From 16 to 25 June 2017, "The Bridge" celebrates at Nantes Saint-Nazaire the centenary of the landing of American troops in France. An adventure with an entrepreneurial aspect based on the Company of tomorrow!

It was 100 years ago: on 25 June 2017: 200 000 soldiers landed at Saint-Nazaire, followed by more than two million men. A historical moment that entrepreneurs want to bring back to life for the general public during The Bridge, scheduled for 16 to 25 June 2017 at Nantes Saint-Nazaire.

Nantes Saint-Nazaire - New York on board the Queen Mary 2

To celebrate this event, which sparked off numerous cultural exchanges between France and the United States, festivities on the theme of the sea, American music and basketball (3x3) will be held at Saint-Nazaire, Nantes, Brest, Lorient, Vannes... and of course New-York.
The climax of the event, a transatlantic voyage setting out from Saint-Nazaire on 25 June 2017 for New York, will be the occasion for the Queen Mary 2 to challenge some fifteen of the largest racing multihulls in a race against the clock.

Creation of the "club of 100" entrepreneurs

The Bridge 2017 is counting on significant involvement of business leaders from Western France, with the creation of the "Club of 100": "the aim is to involve companies in the event with a series of highlights from September 2016, based in particular on the theme of the Company of tomorrow with interventions by economists and innovating and visionary entrepreneurs", explains Damien Grimont, the event organiser.

Against a financial commitment to charter the Queen Mary 2, these 100 companies become players in the event and take part in a year of exchanges and discussion. They embark on board the cruise liner sailing from Saint-Nazaire on 25 June 2017 for an exceptional seminar which will mark the end of all the work.