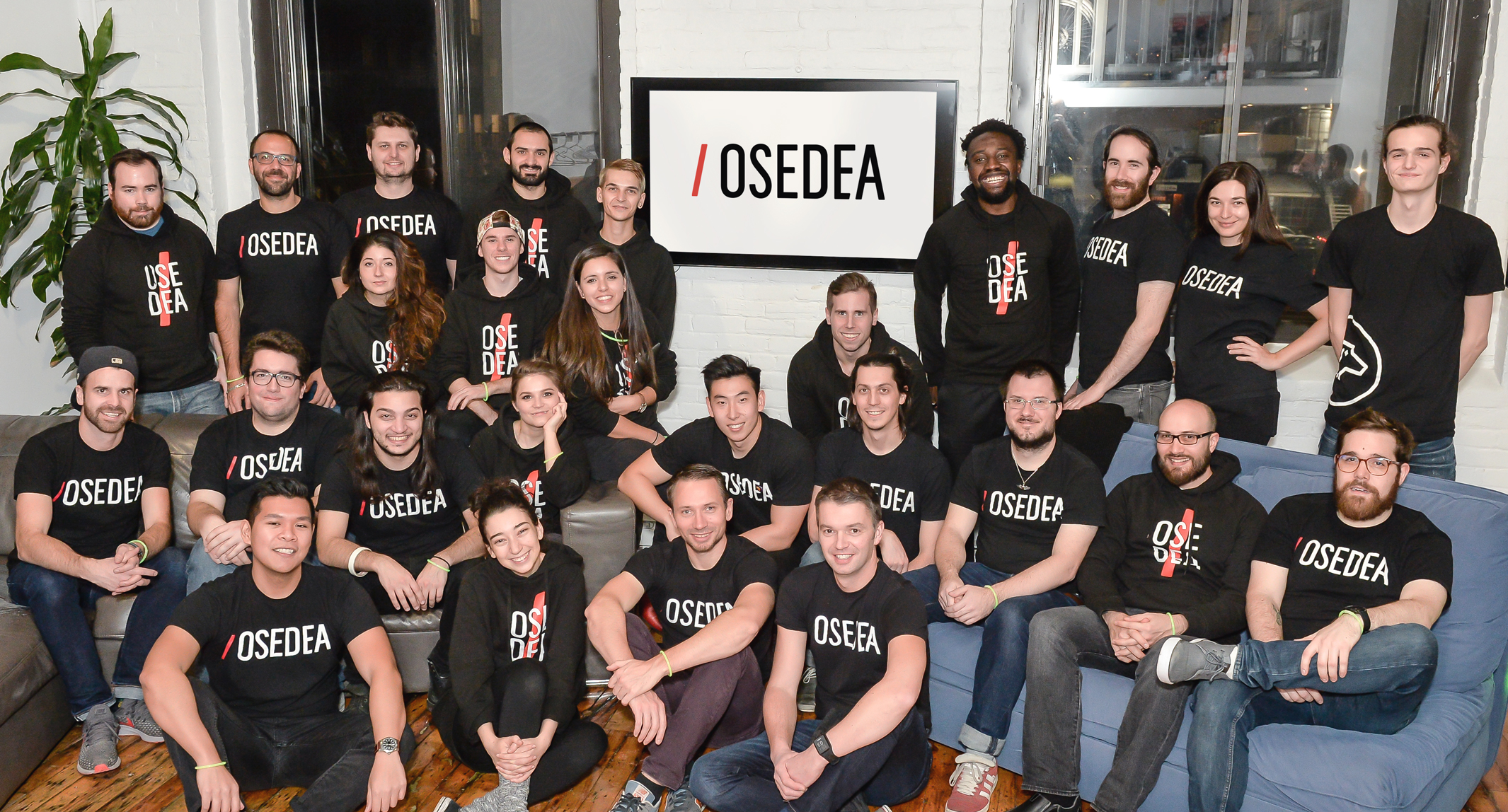 We met Sébastien Moreau, head of the new Nantes branch of the Quebec digital agency Osedea.

Can you tell us about what Osedea does?

Osedea is an IT development firm with a global reach and around thirty employees. It’s been based in Montreal for nearly eight years. Its core business is the creation of web and mobile applications: from the expression of customer requirements to development and the UX/UI centre to format the user’s course. We’re keen to always be at the cutting edge of technology by taking part in meet-ups and conferences, for example, to share our experience, especially in artificial intelligence, chatbots and the blockchain.

How did your arrival in Nantes go?

For me, the Osedea adventure began in May 2016 in Montreal with a dynamic, cosmopolitan team (photo) that’s never stopped growing over the years. When my visa expired, I had to return to France. I was always going to return to Nantes at the end of my experience in Quebec. Yet although Osedea already had customers like Altavia, Solvay and the PSA Group, I didn’t think the Osedea adventure would carry on beyond the border.

The opportunity arose with the technical director of Osedea, a Frenchman whose visa was likewise coming to an end. Together, we had the idea of creating our business in Nantes. Both of us have good knowledge of the digital ecosystem in Nantes and we share a desire to start our own Osedea branch. Currently, there are two of us. Our aim is to reach around ten employees by the start of 2020 to rise to new technical challenges, both nationally and on a European scale.

How were you supported by players in the local area?

We received support from Nantes Saint-Nazaire Développement to help us settle into our new premises at La Conciergerie, opposite the famous yellow crane on the île de Nantes. These workspaces are provisional, as we’d like to have our own offices, ideally in the town’s western districts, near the Chantenay area.

We also had to convince Osedea’s Canadian director to back our choice of Nantes as a location and to approve our project. The Nantes Saint-Nazaire Développement agency helped us prove how attractive Nantes is and the interest of setting up a branch there. The variety of companies—from tiny firms to big groups—was another argument in favour of our business development. We also enjoyed support from banks through a partnership between the National Bank of Canada and Crédit Agricole Atlantique Vendée.

Can you compare the towns of Montreal and Nantes?

There are many similarities with the île de Nantes. The environment and atmosphere are similar to Montreal, which is also an island. There’s also the cultural diversity the two towns share and the high number of construction sites with works underway. In fact, you find as many works in Montreal as you do in Nantes!

Nantes is also a town close to the sea, with much parkland. It’s very welcoming, just like Montreal. All these arguments convinced Osedea to open a branch in Nantes.

Moreover, Osedea is already taking part in Nantes-based events relating to digital technology, with Ivana Markovic, head of Osedea’s corporate culture speaking at Web2Day on 6 June. A programming competition taking place at the Nantes Digital Week is also being prepared. There will be more information coming on this subject shortly ...