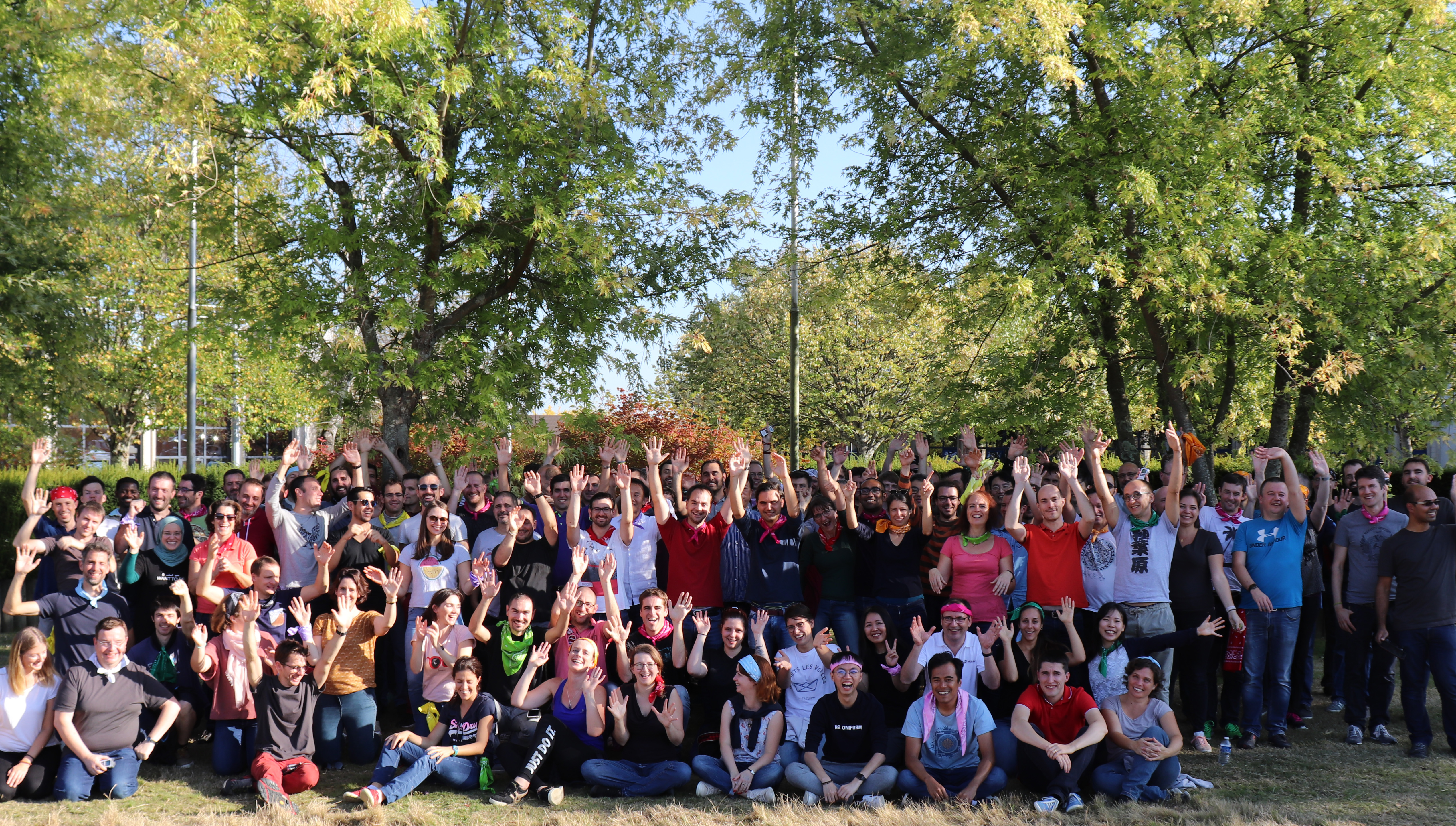 Scooping up awards and attracting talents from around the world, this Nantes company, the world leader in handwriting recognition through artificial intelligence, sees big and far.

“1998 to 2018, enough time to win two World Cups,” quips Pierre Laporte, MyScript's chief executive officer when asked about the 20th birthday that the company has just celebrated.
For the last two decades MyScript has strived to expand the prospects for handwritten text by supplying recognition and digital ink management technology in 71 languages.
It started with a seemingly absurd gamble – to combine handwriting and artificial intelligence. In 1998 touchscreens had yet to make a dent in the market, where digital pens ruled. Today the technology has been used in more than 500 million digital handwriting devices around the world, including tablets, smartphones, interactive white boards and on-board computers.

Thanks to a genuinely natural human-machine interface, MyScript opens up a whole field of possibilities for new generation applications in a variety of sectors (corporate, education, mobility, automobile, etc.). It has won the devotion of the world's biggest players in the electronics industry, including Samsung, LG, Huawei, Sony and more.
“Writing remains one of the most natural ways that people can express their creativity, take notes and so on,” continues Pierre Laporte. “By combining it with artificial intelligence, MyScript gives it new power and a real future in the digital ecosystem.”

In addition to text, MyScript is capable of recognising mathematical equations, geometric shapes and musical notes. It can also adapt to the needs of vehicle drivers. Big German manufacturers, Audi and Mercedes, were the first to integrate it into their on-board computers. Many others followed, including Tesla and Honda, so that there are now more than 10 million cars equipped with this technology on roads around the world.

Nebo, named “best application in the world” at the CES

To encourage take-up of its technology, MyScript developed solutions for users. The “Nebo” application - named after the Babylonian god of writing – can be downloaded on to mobiles or tablets and functions as an editable note-taking facility similar to a Word processor, converting text, diagrams and mathematical equations into digital content. Nebo was named “best application in the world” at the 2017 CES.

Research in the genes

MyScript allocates a very substantial part of its budget to research. “Our laboratory has some thirty specialists in artificial intelligence and neural networks,” explains Laporte. “This investment in innovation and R&D enables us to sustain and renew our position as world leader.” A second laboratory dedicated to ergonomics regularly recruits potential users from all over the world to assess the intuitiveness of developed solutions.

The 120 employees come from around 20 different nationalities and all mingle in the corridors of the building located in the heart of a business park in east Nantes. All documents are written in English but the chats are multilingual.
There is no magical way of attracting to Nantes the world's best researchers on neural networks and artificial intelligence – rather it's about creating an ecosystem that encourages communication, the sharing of experiences and a good work-life balance.

“Most MyScripters are, first and foremost, techies who are passionate about their subject, as MyScript attracts them thanks to our cutting-edge technology and large-scale projects. Everyone is smart and conscientious enough to manage their own schedule and free to take time out to relax when they see fit to do so,” explains the Human Resources Manager Amélie Tirmarche. “Every day there are sports activities organised by MyScripters themselves, such as crossfit training, basketball, yoga, football, running races, badminton, squash and much more! And every month the Happiness Team lays on activities.”

A reflection of employee's creativity and commitment, this Happiness Team, which is made up of nine MyScripter volunteers, took responsibility for organising the company's 20th birthday celebrations (photo): “The day of celebration was a wonderful moment – fun and unforgettable – thanks to the creativity, commitment, and team spirit that runs through us,” rejoices Anne-Sophie Bellaud, a member of the Happiness team.

When new colleagues arrive from far-flung parts of the world, employees happily share tips and tricks to make their integration as smooth and pleasant as possible. MyScript sometimes uses the Welcome Pack, a tool provided by the Nantes Saint-Nazaire Développement agency, to support newcomers to the area (including advice about schools, job-seeking for partners, etc.). “The quality of life, the closeness to the sea and the economic and cultural dynamism of the city and the university life are significant factors in helping our employees to enjoy life in Nantes and want to stay for a long time.”

Travel to anywhere in the world from Nantes

The teams regularly travel abroad from Nantes often to the other side of the world to set up technologies for clients. This is made easier thanks to the many international flights from Nantes airport.
Based in the United States, the Myrian Capital family investment firm is the company's sole shareholder and plays an active role in its life, making regular trips to Nantes.

> Would you like to apply for a job at MyScript? https://www.myscript.com/people/