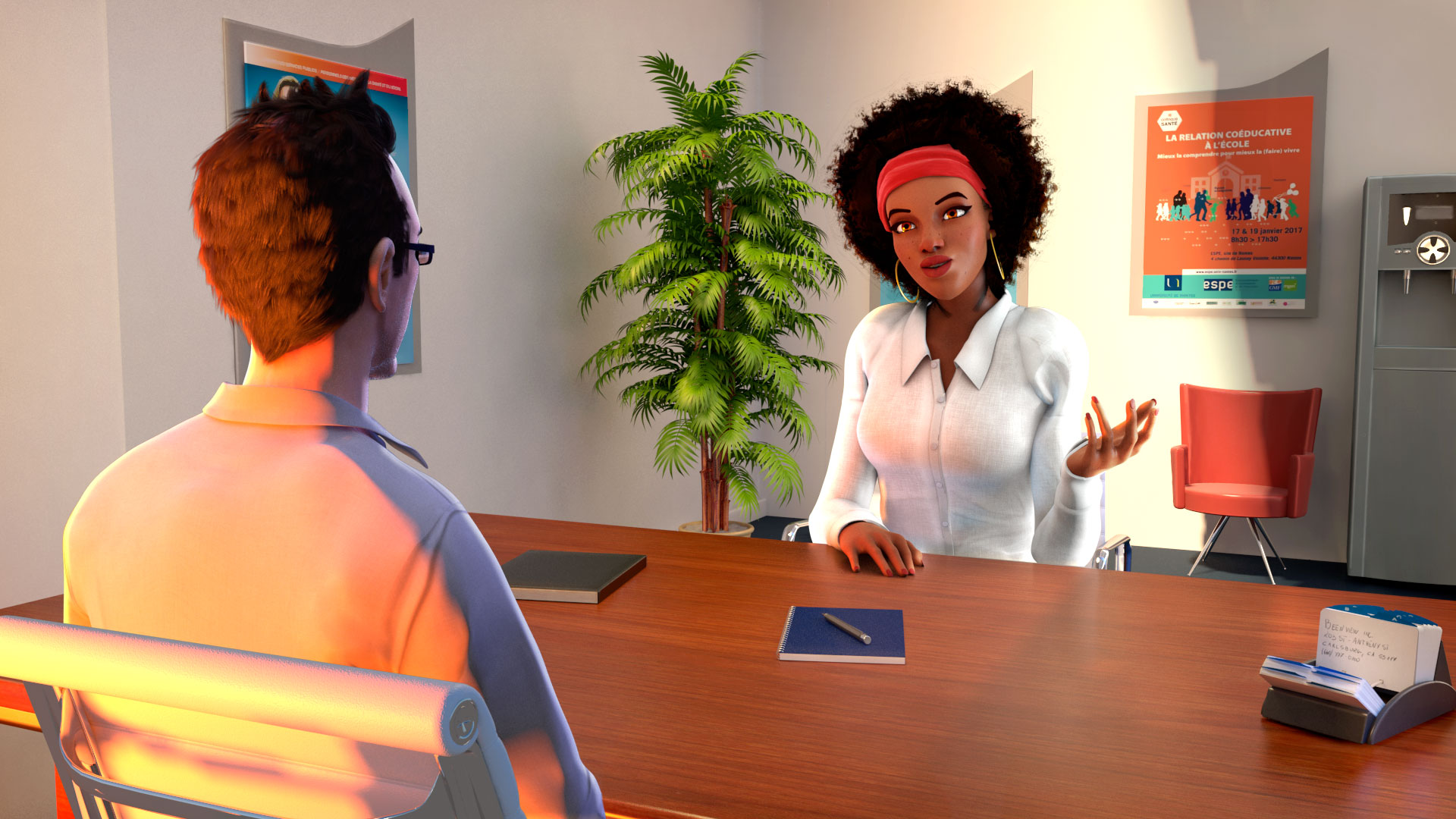 In the video game sector, there are huge corporations like Ubisoft or Play Station. But independent studios ("indies") are also carving out their place on the market.

There are some twenty video game studios in Nantes. Let’s take a look at these studios whose staff are driven by creativity and imagination.

Known for their virtual video games, particularly appreciated by young girls and pre-teens, the games Ma-Bimbo, Cromimi, etc. are produced in Nantes. Designed for young fashionistas in France and abroad, these so-called virtual games developed by the creative imagination of Nantes-based Beemoov Studios have already attracted several million users worldwide. Based in Nantes for about ten years, the studio specialised in “visual novels” is growing and now employs 60 people.

Based in Nantes since 2002, the founders of Succubus Interactive (photo) are pioneers in “serious games”, video games at the frontier between video games and professional training. After having won numerous awards, they continue to invent games for large companies in France, the United States and Spain. The latest is a game to educate people about psycho-social and physical risks for the police department’s mutual insurance company. The Nantes team consists of 16 people (developers, graphic designers, educational engineers, etc.).

From transmedia to newsgames, indie studios focus on diversification

Nantes is home to a large number of independent creative studios. This is the case of Alkemi, known for its “mash-up” technique. “In other words, you take two classic video games and merge them to develop a new concept, for experienced players,” explains Alain Puget, director of Alkemi. The studio has more than one string to its bow and has developed the ads for the greatest video games created by Ubisoft and Play Station.

Others like Termites Factory, Eode and Casus Ludi use their expertise to develop transmedia or newsgames, a promising new sector (example of a video game on the potential of a political consultation).

Each year, 5 to 7 new studios open in Nantes. The  Atlangames cluster, which runs this ecosystem, works behind the scenes to organize the business model of these studios. "We can provide support in marketing, networking and promotional events,” says Elsa Charrier, project manager. Atlangames also provides them with a coworking space, a sort of incubator that is valuable during the start-up period.

To meet the studios' demand, several schools have developed specific training and diploma courses on video games, including E-art Sup, the School of Design, Pivaut, MJM Graphique Design and more.

Visit us at AddOn, the video game festival in western France

From May 15 to 17, 2018, Atlangames is hosting the AddOn festival, an event focusing on video game production. Featuring workshops on development, digital arts, graphics, music production, translation of texts and voice-overs, it's an opportunity to learn about all the latest developments in the sector and meet Nantes Saint-Nazaire Développement for your future business needs in Nantes.