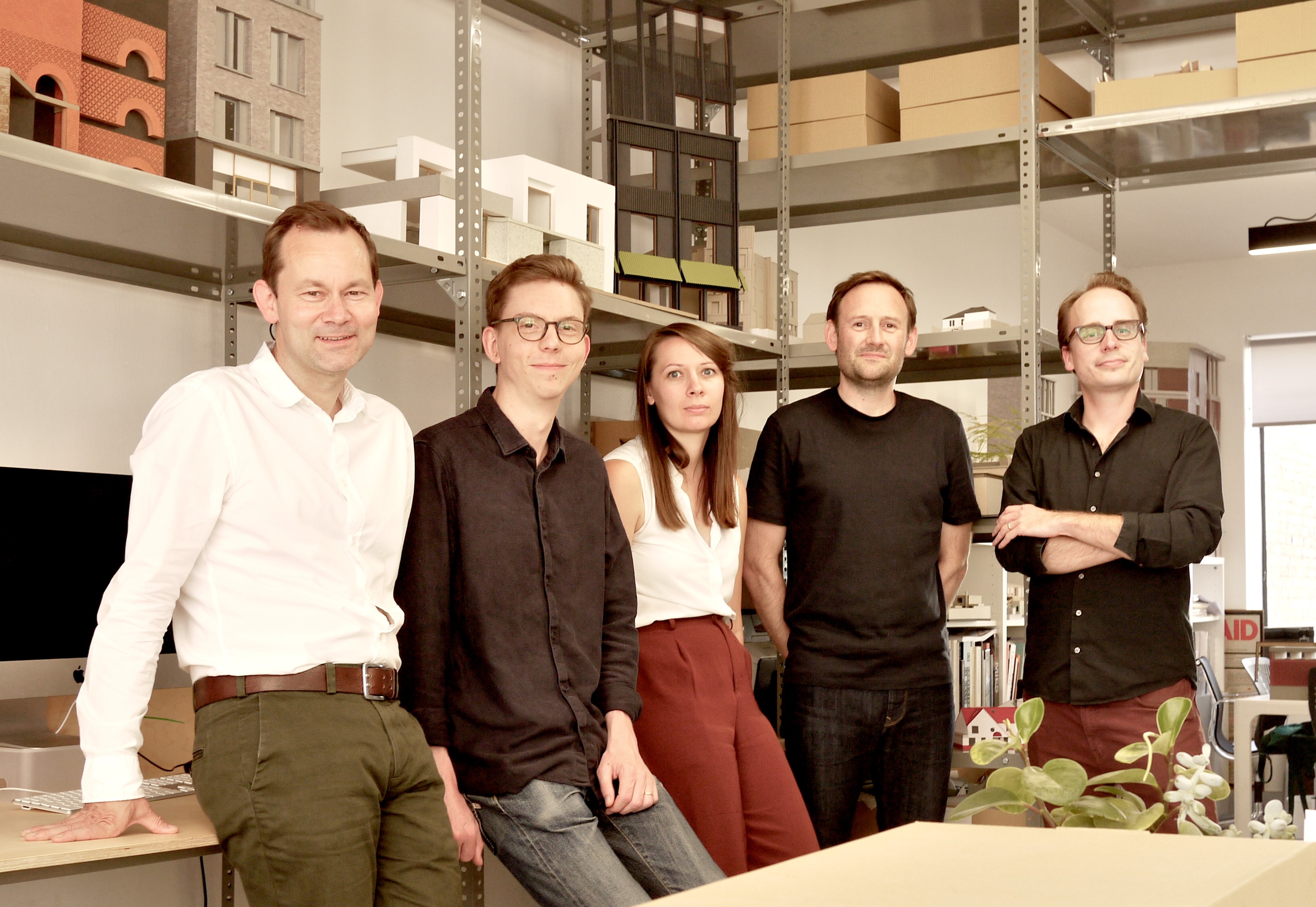 31/44, a British architectural studio with ten employees recently decided to open a branch in France, settling in the city of Nantes. Benoît Sanson (right), who will lead the practice, tells us more about this choice.

Why the name "31/44" and what was your background before co-creating this studio?

The name of this practice refers to the two we originally created in 2010 in the Netherlands (Amsterdam) and the United Kingdom (London): 31 is the area code for the Netherlands and 44 is the area code for the United Kingdom. Now of course, it is also the 44 in Loire-Atlantique*! (*44 is the department number for Loire-Atlantique, where the city of Nantes is located.)
After studying architecture, I moved to London, which was in the midst of an architectural boom, allowing me the chance to work on ambitious projects in large practices. I participated in particular in the founding of the London studio of the French cabinet Wilmotte & Associés, mainly on the project "6 Pancras Square", the British headquarters of Google, located at the exit of the Eurostar terminal in London. Participating in the rich architectural projects of London, this hub of design that attracts some of the best in the field, was extremely formative. It was in a London planning practice that I met my future partners, William Burges and Stephen Davies, fifteen years ago.

What are your favorite areas to work in ?

We are as interested in large urban projects as we are in smaller scale hotel or office projects, always with an appetite for urban renewal and the transformation of the destinations of our buildings. We are particularly interested in complex sites; "abandoned" urban spaces and how a city can rebuild itself. Our architecture is characterized by  responding to context: buildings are not designed as isolated objects, but rather they develop based on the particular conditions of their environment.

Can you give us some references?

"Redchurch Corner", a project in a rapidly changing district in east London, illustrates this approach. This project reclassified one street corner through the transformation of a building from the 60s into a boutique hotel . To reference the Victorian workshops and the surrounding Georgian brick facades, we developed a contextual architectural style; readjusting the proportions of the building and creating depth in the facade.
"RedHouse" is another example that has won numerous awards, including the Manser Medal in 2018 and the nomination for the Mies van der Rohe Award 2019, the European Union Prize for Contemporary Architecture. This house adopts the patterns familiar from the adjacent houses while distinguishing itself thanks to its contemporary character.

"What interests us in Nantes is the chance to generate collaborations, to work with those who already follow our work remotely and with the emerging talents that we meet."

Why did you choose Nantes?

Nantes is a city that is growing year by year, with a real need to optimize the urban fabric and recycle the urban landscape, such as its emblematic industrial buildings. Here we have the opportunity to forge exceptional creations. We are particularly fascinated by the architectural heritage from the 1930s, with its art deco touches, and the poetry it creates in the city’s urban planning. Our fresh take  on the developping neighborhoods is a strength that allows us to reveal the charm, the character and the identity of the city. Although I am originally from Normandy, I have always been a great fan of the city of Nantes. As a student at the Versailles School of Architecture, I carried out a study project on the Isle de Nantes, before its current major transformations. This city has a genuine ambition to create a quality environment. It is an experimental city: a port city, an industrial city and, today, the city which houses digital technology and the cultural and creative industries.

What interests us in Nantes is the chance to generate collaborations, to work with those who already follow our work remotely and with the emerging talents that we meet.
My wife, who is a painter of German origin, and I were both won over by the open-mindedness of the city’s people, by the energy and the magnetism here that are conducive to innovation. In addition, Nantes is in a strategic location for us ; only 1 hour from London and close to Paris. Here, we are at the heart of one of the most dynamic cities in Europe.