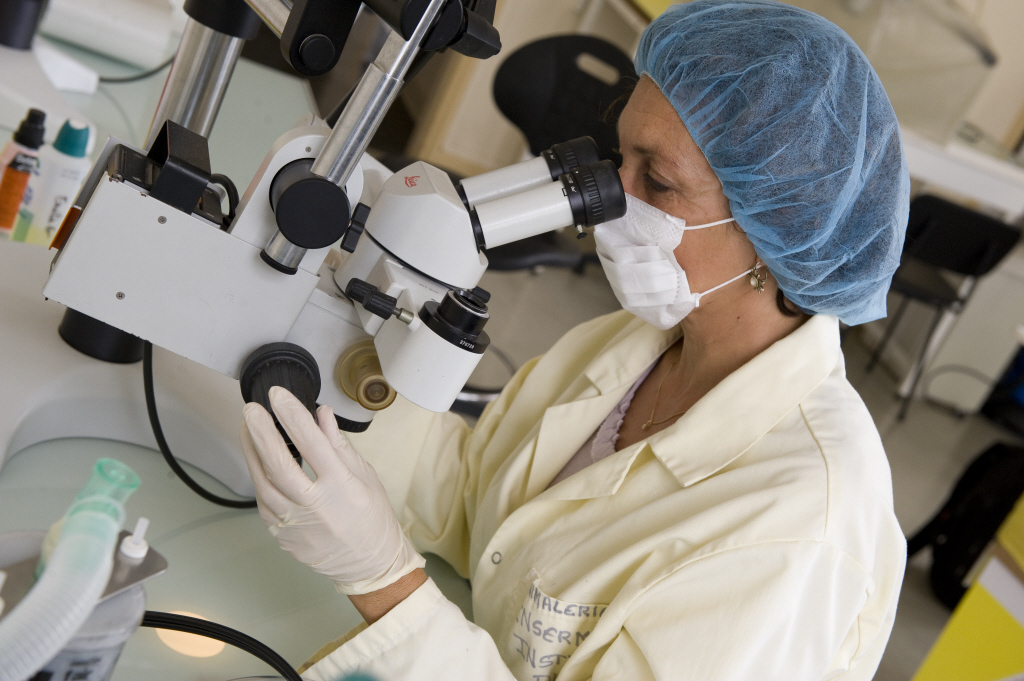 OSE Immunotherapeutics, CleanCells, GoLiver and more. These Nantes-based biotech firms are making headlines, standing out through their capacity to innovate. The first research projects put forward by the I-site NExT scheme illustrate tomorrow’s development potential for the biotech industry and regenerative medicine in Nantes.

"We have the weapons inside us". The slogan of the Nantes-based biotech company OSE Immunotherapeutics speaks volumes about the potential impact of immunotherapy on cancer and autoimmune diseases. The company has just received 5.4 million euro in funding as part of the Future Investment Programme in order to develop treatments for solid tumours. With four products at the clinical stage, the company, which has a staff of 40, is well positioned to become one of the European leaders for immunotherapy.

In the Nantes urban area, biotherapies and regenerative medicine form two priority fields of excellence. Recent news has revealed the dynamic underway. As this year began, the start-up Xénothéra completed its fourth round of fundraising. Resulting from a spin-off of the Nantes-based ITUN (institute for transplantation, urology and nephrology), this start-up specialises in new treatments in transplantation and other fields of therapy.

GoLiver and its treatment for regenerating the liver

Another Nantes-based start-up—GoLiver Therapeutics—has been winning awards. Resulting from a spin-off of INSERM (French national institute of health and medical research) and the University of Nantes, it was recently selected for the event France Tech Transfer Invest (FFTI) 2019 and will take part in the European Venture Summit in Dusseldorf. GoLiver Therapeutics is behind an innovative treatment for regenerating the liver. Made through in vitro production of billions of stem cells, the treatment is designed to eventually replace liver transplants. GoLiver is in the process of raising three million euros in funding.

In the field of bioproduction, CleanCells recently took over BE Vaccines, strengthening its position in the market of phage-therapy products. This therapy uses bacteriophages—natural viruses that kill bacteria—to treat certain infectious diseases and therefore get around the global phenomenon of resistance to antibiotics. Through this takeover, the workforce of CleanCells has grown by 143 people.

Overall, biotech firms are developing robustly in Nantes. This can be seen in the successful rounds of fundraising completed in 2018 by the biotech firm Valneva (50 million eruos) and by Horama (22.5 million euros), a promising Nantes-based company specialising in gene therapy for retina diseases. All these initiatives have emerged in Nantes thanks to support from the business hub Atlanpole Biotherapies. This cluster, which already includes 130 member firms, encourages and assists the emergence of start-ups in healthcare. Since its creation in 2005, over seventy-five collaborative projects in innovation have received backing from Atlanpole Biotherapies for a total amount of 700 million euros.

Healthcare research in Nantes strengthened by I-Site NExT

Research in healthcare is speeding up in Nantes. It is structured through NExT, a project that was given the ‘I-Site’ label  in 2017 and that distinguishes internationally oriented universities. This project, led by four main founders (Ecole Centrale, University of Nantes, Nantes University Hospital and INSERM) has already brought together 330 national and international researchers in units in fundamental biology and clinical research.

The aim of the NExT project is to speed up Nantes-based research, training and technology transfer to reach a better level of synergy between universities and organisations. The NExT project enjoys a total budget of fifty-eight million euros over three years (including thirty-nine million euros from the French state) to boost Nantes’ world standing in tomorrow’s healthcare.

The potential of regenerative medicine

One of the research projects that has recently confirmed the power of the dynamic launched by I-Site NexT is the SuccESS project. This is intended to develop new products for people with serious burns. Products such as regenerative dressing aim to protect and help regenerate skin. Having secured nearly €6 million worth of funding, the project led by Professor Brigitte Dréno is the latest evidence of the strong dynamic that exists between hospitals and universities in Nantes.