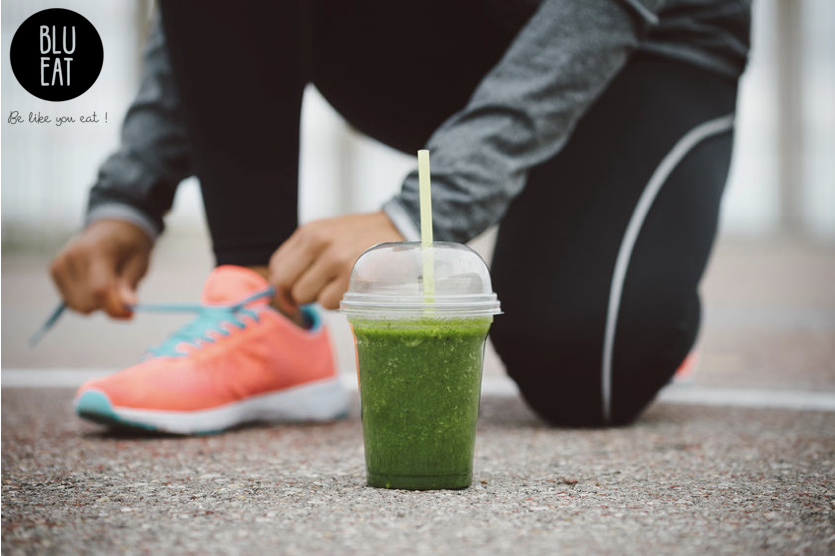 Jean-Michel Pommet, a serial entrepreneur with a PhD in molecular biology, launched the start-up Blu Eat in 2020 in Saint-Nazaire. His idea was to make fruit juice a way to improve our digestive and mental health.

“The importance of microbiota on our mental health is becoming more widely known — some even call the intestine a second brain,” explains Jean-Michel Pommet. Passionate about cooking and good food, the molecular biologist knows a lot about the important role the intestine plays in mental health, particularly in stress management, sleep and on mood. “The idea isn’t about creating yet another supplement. I’m interested in offering gourmet products that are good for the body and for the mind. Hence my idea to make a beverage that’s both tasty and healthy.” Pommet believes that mental and physical health go hand in hand, so in late 2020 he launched the foodtech start-up Blu Eat, which stands for “be like you eat”.

From researcher to serial entrepreneur

Pommet drew on his knowledge in research to develop formulas with active ingredients from plants and algae (macro- and microalgae) which have proven health benefits through clinical studies. Microalgae, for example, are extremely rich in protein and vitamins (A, E, K, B, etc.) and a source of minerals and antioxidants. They also produce omega-3 fatty acids like DHA, an essential component for the nervous system. These active ingredients are then blended into locally produced fruit juices.
The entrepreneur has found a network of high-quality fruit-juice producers in the Pays de la Loire region, which will enable him to produce “functional and tasty beverages”. He also has the advantage of being able to source algae from producers widely present in western France.

In Saint-Nazaire, a cutting-edge ecosystem for marine bio-resources

In Saint-Nazaire, Pommet makes the most of a cutting-edge ecosystem in the field of marine bio-resources. “I don’t yet have my own laboratory, but I can access excellent facilities here, like the GEPEA laboratory. To develop my first prototype, I also used the Nantes/Rennes Technocampus FoodInnov platform and worked with research engineers at Oniris in Nantes.”
And as funding is the lifeline of any start-up, Pommet is thrilled to have received a FrenchTech grant from BPI. He will soon be heading off to Singapore for the trade fair Foodtech Asia to meet the investors involved in his project.

From Saint-Nazaire, Pommet is turning his focus to the international market. “My beverage targets young consumers who care about the quality of the products they consume and about preserving the planet. The English and German markets are ten times larger than the French market,” says Pommet, who worked for years in Great Britain and on international development for several manufacturers in the sector.
He looks to the future with confidence. At the La Ruche coworking space in Saint-Nazaire, he is making the most of an ecosystem of well-established start-ups and businesses, and notably hopes to pool human resources through the company Vénétis. He knows that he will need to recruit in exports and logistics in the near future, with an aim of 10 people within the next three years. “My partners and associates are based outside of France. But I’m very attached to Saint-Nazaire, my hometown, which has shown major changes in recent years.”