Nantes is European Capital of Innovation 2019 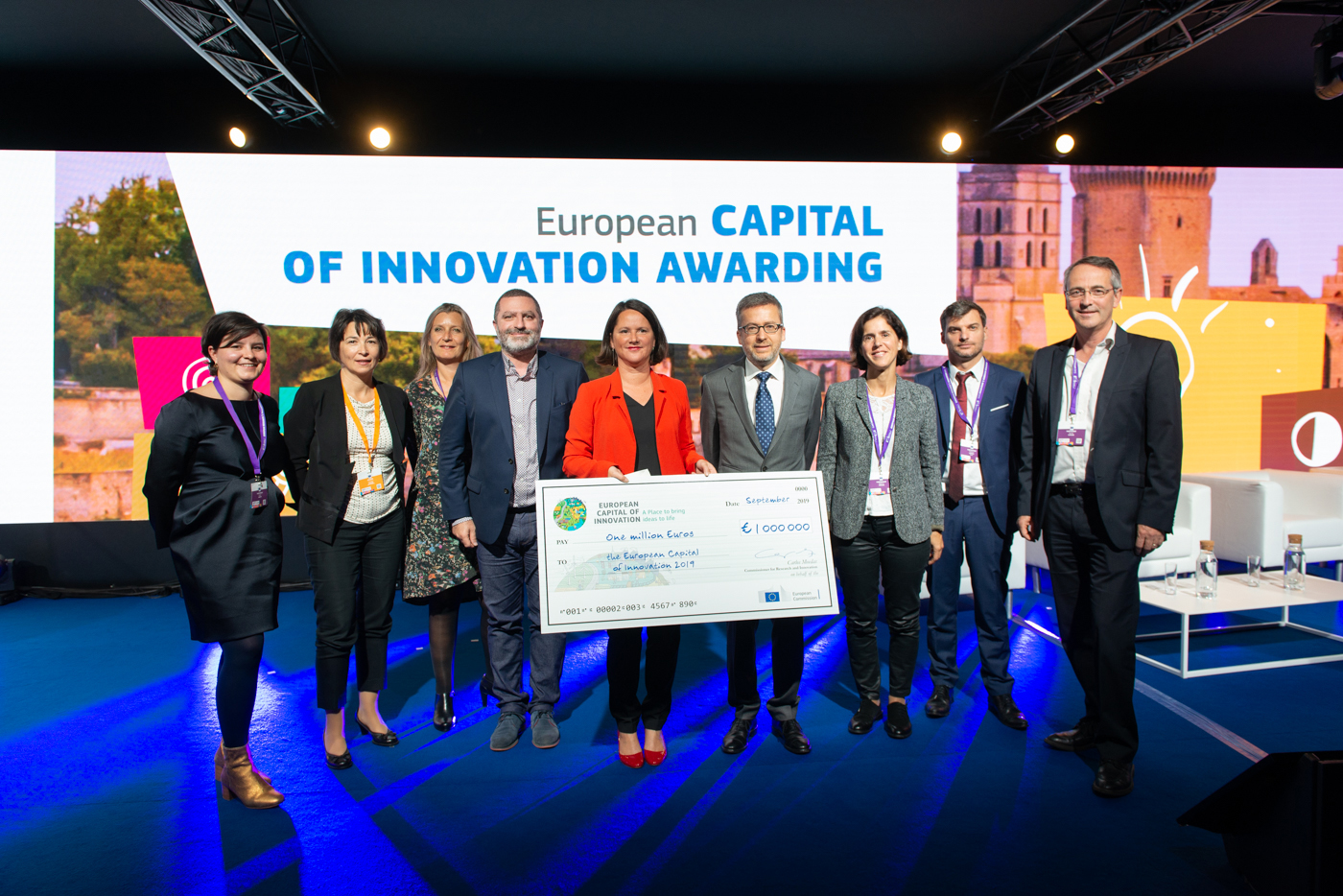 The title was awarded to Nantes in recognition for its outstanding ability to harness innovation to improve the lives of its citizens and its open and collaborative governance model. It comes with a €1 million cash prize funded by Horizon 2020, the EU's research and innovation programme. The other five runner-up cities – Antwerp (Belgium), Bristol (UK), Espoo (Finland), Glasgow (UK) and Rotterdam (Netherlands) – received €100,000 each to promote and scale up their innovation practice.

Carlos Moedas, Commissioner for Research, Science and Innovation, said: “European cities are showing the world how to combine innovation to improve urban resilience and sustainability with inclusive democratic processes and open governance. Nantes stands out as a great example of how a city can engage its citizens in addressing challenges such as energy efficiency, ageing population, digital transformation, and social inclusion. This is how innovation works for the benefit of citizens."

Johanna Rolland, the Mayor of Nantes and President of Nantes Métropole, said: “Innovation ‘by and for all' is at the heart of our policies. This is why I am honoured to receive the European Capital of Innovation Award 2019. For me, this is recognition of the quality of our citizen dialogue and the dynamism of our metropolitan innovation ecosystem.”

Nantes is the fifth city to win the award, and the second non-capital city after Barcelona. It has developed a vision and a practice of open governance featuring a constant dialogue with citizens, associations and experts. It also has a thriving digital and start-up community, which helps develop and implement public policies.

Nantes' flagship policies and projects include:

- 'Great Debates' with the citizens to discuss topics such as energy transition: the initiative involved over 55.000 participants and resulted in a 2018 roadmap with 33 ambitious commitments, monitored by a commission of independent citizens and stakeholders.
- '15 places to be reinvented' (and hundreds of similar citizens initiatives): a competitive selection of ideas submitted by citizens that resulted, for instance, in turning an unused chapel in a mushroom urban farm, in creating a zero-waste awareness hub in a former school art gallery as well as a solidarity canteen in a former restaurant where people voluntarily prepare meals for those in need.
- ‘Nantes City Lab' helps innovators test new solutions in real life by providing physical and digital infrastructure, such as a 3D printed social house constructed in mere 3 days or an autonomous shuttle powered exclusively by a solar road.
- 'Creative factory', a support system for creative and cultural industries, and the ‘Eco-innovation factory', a programme that selects projects such as collecting biowaste from restaurants and offices with bicycle trailers for local composting.
- The ‘Nantes French Tech Capital' programme that fosters startups, scaleups, talents' attraction and breakthrough technologies, and enables the coordination and promotion of the regional innovation ecosystem.
- ‘Ecossolies', a network that gathers private and public members that develop initiatives in the field of social and solidarity economy, and promote them by awarding the best social innovation solutions such as Hacoopa project for the housing of seniors or Bout' à Bout' association to reduce the impact of the used glass bottles. Also ‘MySMARTLife', an innovative European project on smart solutions for urban transition.

This year's European Capital of Innovation Awards contest was launched in February 2019. Cities with over 100,000 inhabitants from EU Member States and countries associated to Horizon 2020 could participate. 28 cities from 16 countries applied. A high-level independent jury of experts from various universities, businesses, as well as the non-profit and civil sector selected the winner and the five runner-up cities.

The award criteria – experimenting, engaging, expanding, empowering – analyse how cities use innovation and new technologies to respond to societal challenges, engage broad local communities in their decision-making processes and improve lives of their citizens.

The competition first took place in 2014. Past winners include Barcelona (2014), Amsterdam (2016), Paris (2017) and Athens (2018). The awards are granted under Horizon 2020, the EU's research and innovation framework programme. The next edition of the European Capital of Innovation Awards will be launched in the first quarter of 2020.