MIPIM 2019: THE TOP FIVE URBAN PROJECTS IN THE NANTES AND SAINT-NAZAIRE AREA 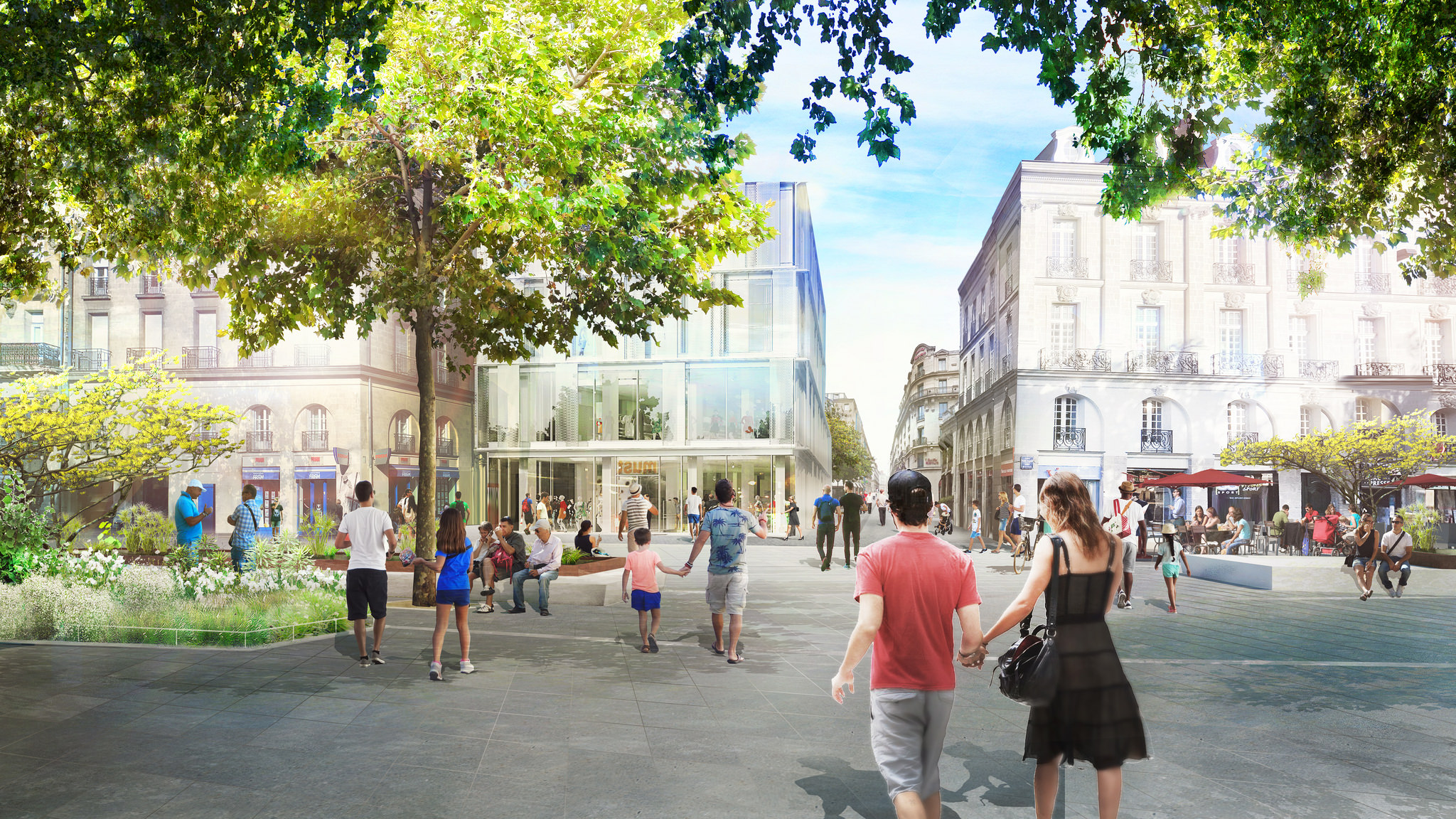 With one million inhabitants expected to live in the Nantes Saint-Nazaire area by 2030, the local urban authority is rolling out major projects to rise to tomorrow’s challenges. With a new train station, a Nantes city centre where inhabitants can breathe and a Saint-Nazaire town centre oriented towards the sea, the urban area is building new living spaces for inhabitants to enjoy and which will be presented at the MIPIM property trade fair taking place in Cannes from 12 to 15 March 2019.

1- From the train station to the Loire: nature in the city

By the end of 2019, Nantes train station will have adopted a new form. In the designs of this ambitious project devised by Rudy Rocciotti—the architect behind the Museum of European and Mediterranean Civilisations (MUCEM) in Marseille—an entirely glazed gangway spanning 160 metres in length and 25 metres in breadth will stand upon 18 pillars resembling white trees that bestride the rails. Beside the train station, the international business district Euronantes continues to grow, drawing many firms.
At the same time, a new green walkway (photo)—designed by landscaper Jacqueline Osty—is being rolled out from the train station to the Loire, reinventing the path through Nantes town centre. It is a comprehensive project and a radical transformation of the sites involved: the creation of new uses and fresh landscaping prospects for the 100,000 people who cross it each day. Works will begin in February 2019 and finish at the end of 2021, the main stages featuring the reconstruction of Place de Commerce in spring 2020 and the redevelopment of Place de la Petite-Hollande.

Formerly an industrial wasteland, the isle of Nantes offers a 340-hectare breeding ground in the heart of the city, flanked by the Loire on both sides. As an urban laboratory, this centrepiece of the conurbation’s future heart hosts several major projects, including Les Halles, a new location dedicated to creative industries, the Nantes Atlantique school of design and the future university hospital, France’s biggest hospital-related construction project.

On both sides of the isle of Nantes, the Loire stands out as the urban area’s beating heart. As the emblematic site of Nantes’ industrial past, the Bas-Chantenay district will host—on a 150-hectare surface area—a centre for excellence dedicated to the maritime and shipping industries. It is also where the Heron Tree—the new emblem of Nantes-based creativity—will stand.
On the south banks of the Loire, the Pirmil-les-Isles district is a unique chance to spread out business activities near the town centre over a 200-hectare surface area. This is a new way to develop the city, and one in which nature plays a leading role.

Saint-Nazaire is oriented towards the sea and is redeveloping its seafront. From Saint-Nazaire to Pornichet, outstanding locations by the sea will be revamped. The idea is to image what these places could become tomorrow: New housing? Hotels? A marina in Saint-Nazaire (photo)? Festive venues with a sea view? Nautical activities? With new, innovative, maritime offerings, ports will once again take centre stage in this town.

5- A new look for Saint-Nazaire’s gateway

From 2020, the gateway to Saint-Nazaire will be taking on a new appearance. Next to the train station, five white mineral buildings will stand to welcome visitors. In the proposal from Linkcity, designed alongside the architects Tolila+Gilliland, the landscapers D’ici là and the engineering firm Artelia, these five buildings will constitute a whole, made up of “two or three storeys forming buildings upon which glazed, metal crowns will float like clouds”. In addition to housing units, 5,550 sq. m of offices, 500 sq. m of shops and services, a 110-bedroom hotel, and a health centre will round off the complex. The operation’s total budget is estimated at 30 million euros.