IASP: NANTES SAINT-NAZAIRE, THE INNOVATION CAPITAL OF THE WORLD FROM 24 TO 27 SEPTEMBER 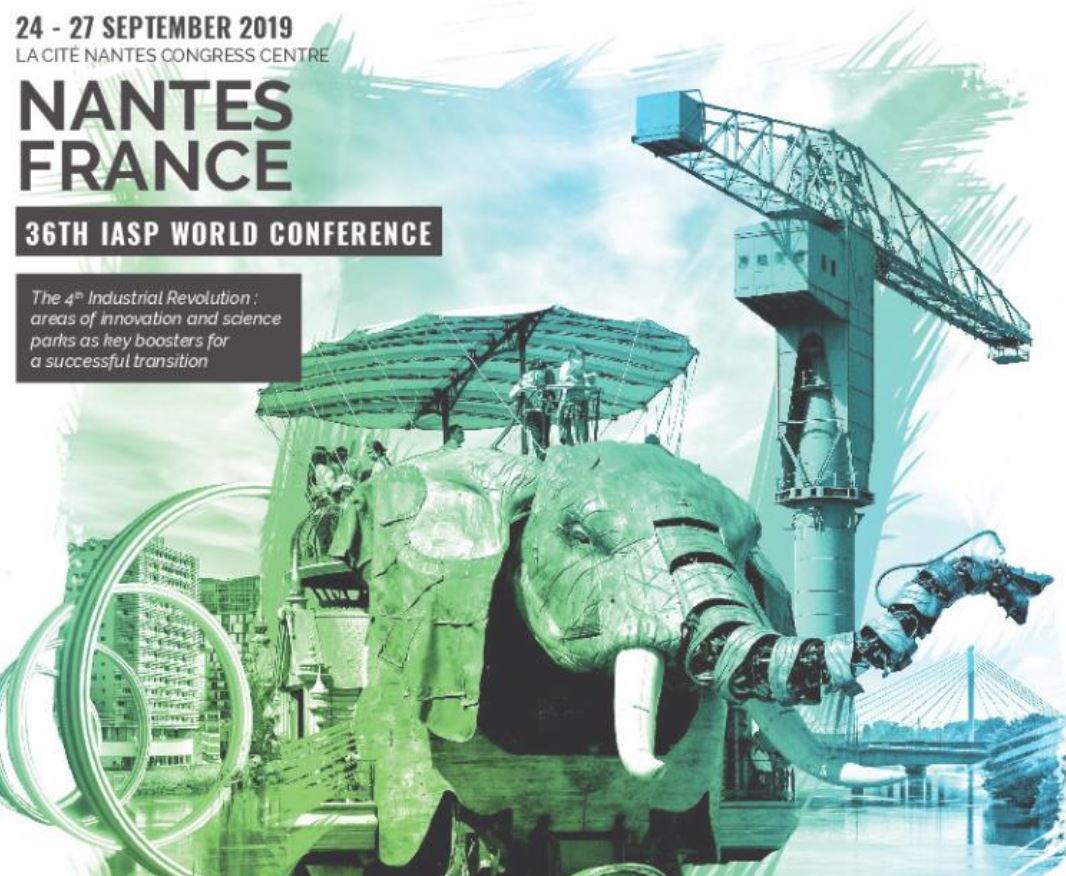 From 24 to 27 September, Nantes Saint-Nazaire will host the 36th IASP (International Association of Science Parks and Areas of Innovation) congress. Meet Jean-François Balducchi, CEO of Atlanpole and former President of this global network, who talks to us about other territories in the world from which Nantes Saint-Nazaire could draw inspiration.

IASP is a worldwide network of major innovation ecosystems. You really are well organised...

The IASP represents all innovation ecosystems in the world, namely innovation hubs, science and technology parks, clusters, incubators, etc. These organisations facilitate the link between R&D and economic operators to boost innovation in large companies and SMEs. The goal is to enable the creation and the success of innovative companies emerging from research work by giving them access to the entire ecosystem (investors, intellectual property, etc.). As a technology park and a territorial innovation hub, Atlanpole gives shape to the innovation ecosystem of the economic and university base of Nantes Saint-Nazaire and La Roche-sur-Yon (Loire Atlantique and Vendée), and more broadly of the Pays de la Loire region under its Public Incubator ("Incubateur public") label. Furthermore, its function as the territorial hub extends to the Grand Ouest region (Brittany and Centre Val de Loire) with strong connection to the eight competitiveness clusters of the three regions.
The territory is linked up at the national level via similar bodies such as Agoranov in the inner city area of Paris, the

Systematic cluster in Paris Saclay and Aerospace Valley in Toulouse. There is also a global network with over 500 innovation hubs, technology and science parks and other clusters in 78 countries across the five continents. The annual conference is an opportunity for everyone to meet and discuss the best practices to implement in terms of innovation to serve businesses and the territories. And this year, for the first time in 25 years, it will be held in France, in Nantes.

Why was the 4th industrial revolution chosen as the main theme for this congress?

Innovation must address the issues faced by the planet. How to build lighter and less polluting airplanes? How to make work easier for man in the industry of the future? How to store hydrogen for the mobility of the future? How can connected agriculture contribute to tackling the nutrition needs of tomorrow? Can smartgrids, artificial intelligence and smart data serve the health needs of tomorrow? In other words, how can technological progress serve man with the least possible negative impact, against the backdrop of preserving resources. The 4th industrial revolution is about all of that.

Who are the main speakers?

Amongst others Alain Tropis, who is in charge of the Airbus A350 programme, will present the Airbus digital transformation plan. Yves Lostalnen, globally recognised artificial intelligence expert will also be present. We are also pleased to welcome Philippe Roger the Chairman of Orange Marketing Services and Markus Münter, Professor of Economics at the University of Sarrebruck / Germany, on the role of our innovation ecosystems in supporting these transitions. We are expecting over 1,000 participants. Next year, the congress will be held in Seville and two years after in Santa Clara in the heart of the Silicon Valley.

"Nantes is recognised for its virtuous innovation ecosystem"

The IASP world congress will be held for the first time in 25 years in France, in Nantes. Why Nantes?

As the Chairman of IASP between 2014 and 2016, it was indeed my intention to bring this congress to the territory. I thus waited for the right moment to come forward. It is also a confirmation that Nantes is recognised for its virtuous innovation ecosystem, and France is also recognised worldwide for the attractiveness of its schemes to support to start-ups and innovative businesses (R&D tax credit, JEI - innovative start-ups, etc.). Nantes brings undeniable strengths in the industry of the future, with the EMC2 competitiveness cluster and the Jules Verne TRI, and in the health of the Future, two pillars of the NExT excellence initiative. This congress will be an opportunity to further promote these two sectors.

Which ecosystem in the world inspires you the most?

I would say the Ann Arbor Spark in Michigan, 40 minutes from Detroit. This city with a population of only 80,000 is the headquarters of the University of Michigan, which has the same number of students. The State of Michigan and in particular the city of Detroit were badly hit by the automotive crisis, as Nantes was with the end of passenger ships. To respond to this crisis, the State of Michigan focused on innovation, in particular urban mobility. With the support of the University, local government and the communities around the town of Ann Arbor, the State of Michigan is about to create another Palo Alto, admittedly with a slightly different climate than in Silicon Valley. It has a really buoyant private-public collaboration. It is quite similar to what we are doing here - with the running of the Ann Arbor Spark partly financed by the private sector to the tune of 30%. We are today more like 20% here. To put it simply - a source of inspiration!

> Find out more on the IASP Congress