NANTES' BIOTECH INDUSTRY PROGRESSING THANKS TO RESEARCH AND DIGITAL ADVANCES 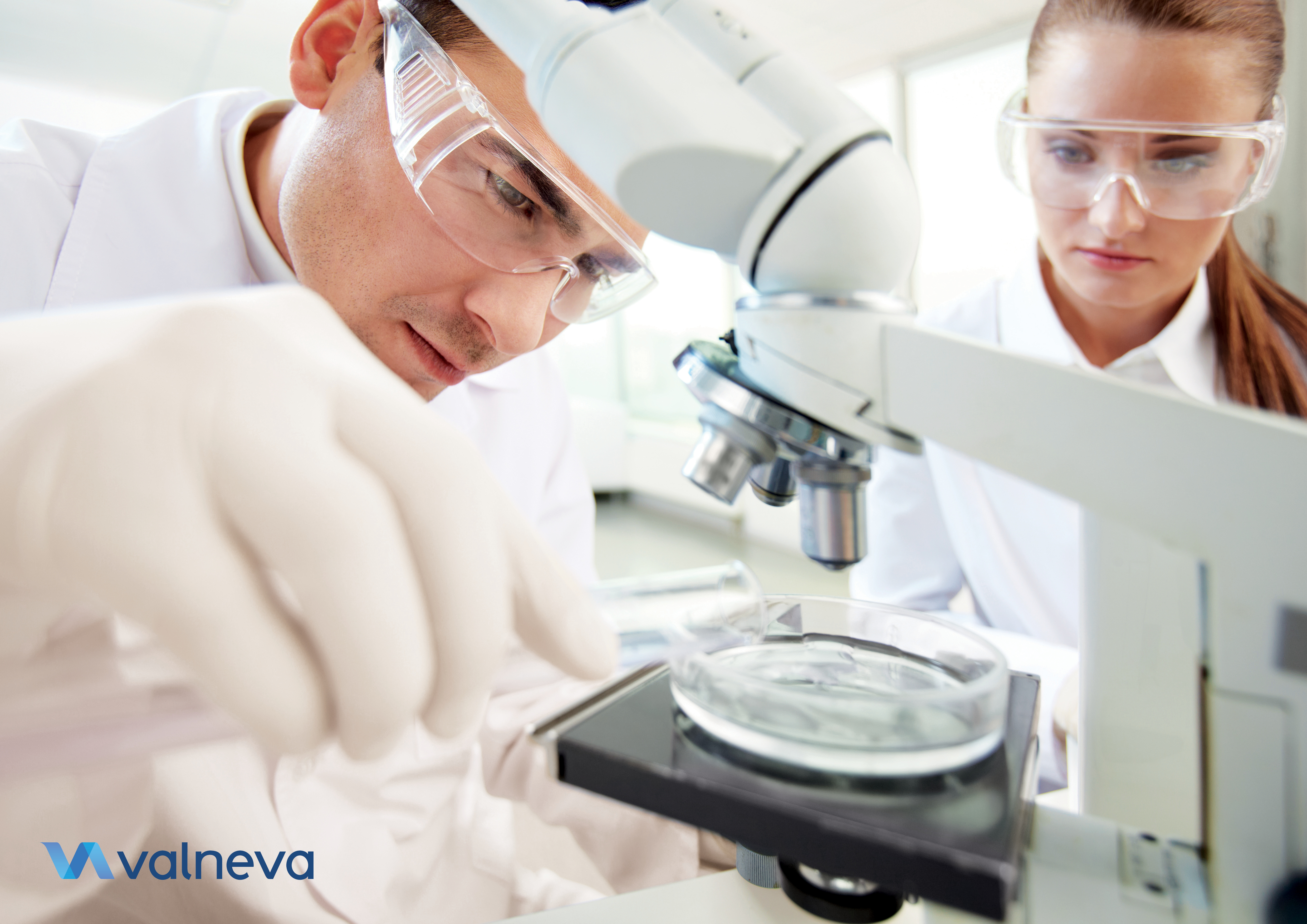 With funds of more than 20 million euros raised and one of the biggest hospital construction projects in France on the horizon, Nantes' biotech sector is attracting ever more biotechnology companies and displaying its bold ambitions. Here we take an in-depth look at Nantes biotech companies and start-ups with just a few weeks to go before the BIO Europe conference, which takes place in Copenhagen from 5 to 7 November 2018.

With more than 2,500 health researchers, Nantes treats biotherapies as a key driver of the area's economic development strategy. Research here focuses on three main topics: biological immunotherapies, radiopharmaceuticals and regenerative medicine. Nantes' deserved reputation for excellence in scientific research is an important asset. The city plays host to a substantial array of laboratories and technological hubs. These factors combined explain why more and more biotherapy pioneers are coming to Nantes.

The boom in biotechnology startups

Valneva, a medical company specialising in so-called travel vaccines, is a flagship success story for Nantes, employing 450 people, including 50 in Nantes (photo).
Another, more recently established company – Horama -, specialises in gene therapy treatments for rare retinal diseases. It was set up by a team of researchers and thus serves as an example of the fruitful cross-fertilisation of researchers and laboratories from which several of Nantes' biotech companies have sprouted. Horama is a bio-pharmaceutical company at the cutting edge of innovation and announced in September that it has raised 22.5 million euros in funding. This significant investment will be used to develop a programme for treating retinitis pigmentosa and to bolster a team currently comprised of 8 people.

Osé Immunotherapeutics is a biotechnology company that works on clinical trials. It was established in 2007 by Maryvonne Hiance, the chairperson of France Biotech, and develops, either directly or through partnerships, innovative immunotherapies for fighting cancer and autoimmune diseases. A publicly listed company, it has just signed 3 major agreements with the laboratories of Johnson&Johnson, Servier and Boeringher, leading to a tenfold increase in its turnover this year.

Medical biotechnology: when the health and digital sectors work for each other

The future of the Nantes urban area will also be built by mutually beneficial interaction between health and the digital sector. The latter is another field of excellence for Nantes, upheld by NantesTech labelling. The latest evidence comes from the recent arrival of the startup Owkin, which specialises in using artificial intelligence for medical research and discoveries. The 25-strong team is spread between Paris, New York and Nantes, where the company is hosted in the Cantine Numérique. The Nantes team focuses on traceability, which is a highly sensitive subject when it comes to handling personal data. The team consists of 6 people and is expected to grow before the end of the year.

4 to 5 new biotech startups per year

Medical companies at the cutting edge of biotechnological innovation are based in Nantes at the Atlanpole Biotherapies competitiveness hub. And the ongoing attractiveness of Cité des Ducs is shown by the creation of 4 to 5 biotechnological companies every year.
Several of these companies are accommodated in the Nantes Biotech business incubator. This is also home to research laboratories and companies specialised in biotechnologies or health. With the IRS 2 health research institute, this building is part of the dynamic that will drive the forthcoming health district in Ile de Nantes, of which the university hospital will be the engine.

The cyclotron, a high-tech instrument

Nantes also boasts highly advanced technological apparatus used for research and treatment. The Arronax cyclotron is a world-leading instrument for radiochemistry and oncological research, specialising in producing radionucleides Its applications relate to medical imaging and radiotherapy for oncology, as well as research (nuclear medicine nuclear physics and nuclear chemistry).

The university hospital of the future in Nantes

The future university hospital's move to Ile de Nantes by 2023-2026 creates new opportunities for biotechnologies. As France's biggest hospital development project, representing an investment of almost one billion euros, this hospital will be connected to the most advanced technologies and located in the heart of a genuine university hospital complex, with 6,000 students and lecturers. This will showcase the Nantes ecosystem and attract top researchers.

> Discover the biotech companies in Nantes

Nantes Saint-Nazaire Développement will attend the BIO-Europe conference in Copenhagen from 5 to 7 November 2018. Would you like to meet us?