Nantes Saint-Nazaire Metropolis: Reclaiming the Loire and the sea to design the city of the future 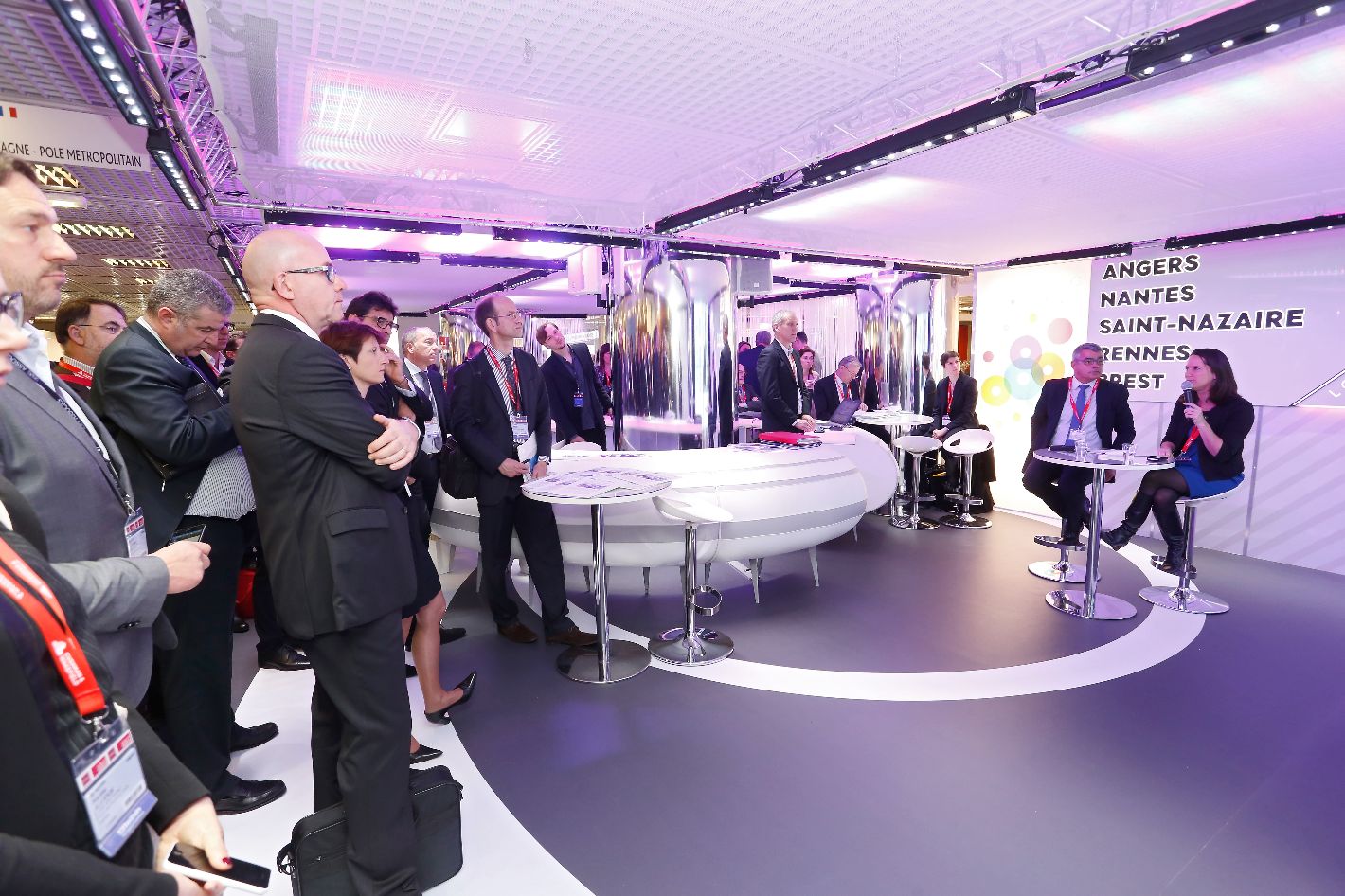 With close to one million inhabitants by 2030, the Nantes Saint-Nazaire metropolis relies on the reconquest of the city's hearts to design the smart city of the future. At the MIPIM international property market for professionals in Cannes from 14 to 17 March, Johanna Rolland, Mayor of Nantes and President of Nantes Métropole, and David Samzun, Mayor of Saint-Nazaire and President of the Urban Community of the Nazirian (Carene) region, present their strategy of urban reconquest, driven by 2.3 billion euros of public investment over the next five years. Already the 2nd biggest city for the growth of offices, Nantes recorded + 19% growth in m² for commercial real estate and + 27% for transactions in 2016.

As economic driving force of Grand Ouest region, Nantes has high ambitions: to transform from a city centre to a metropolitan heart, on the scale of major European cities. Its main asset: nearly 200 mutable hectares in the heart of the urban community (Ile de Nantes, Bas-Chantenay and Pirmil-les-Isles).
Nantes designs the city of the future around these three great urban projects which have their origin in the reconquest of the banks of the Loire:
•    Ile de Nantes, centrepiece of the great metropolitan centre: urban laboratory for more than 15 years and centrepiece of the reinvented metropolitan centre, it revolves around two ambitions: reinstate the importance of la Loire and nature in the city.
This former industrial wasteland of 337 hectares, one of the largest urban rehabilitation operations in Europe, is entering the 3rd phase of its development, carried out by the new team of architects and landscapers Jacqueline Osty and Claire Schorter who, for eight years (2017-2025) will provide urban management for the Ile de Nantes. The selected team will focus on the operational implementation of the south-west area, a potential 80 hectares, with a major emphasis on nature in the city, particularly around the large metropolitan park on the banks of the Loire.

To be planned: the transfer of the second largest MIN (Market of National Importance) to Rezé (scheduled for 2018) and the arrival of the new CHU which, by 2026, will create the Health district (Quartier de la Santé) of over 205,000 m², with an estimated investment cost of one billion euros. Also, nearing completion in 2019, the Quartier de la Creation, a hub for  European excellence in the field of Cultural and Creative Industries.

•    Bas-Chantenay, a place for diversity: the district of Bas-Chantenay will be at the heart of an urban renewal operation of 150 hectares, including 60 hectares of economic activities (3,000 jobs maintained), which will be regenerated to accommodate new jobs in the maritime, creative, cultural and digital industries. The vision of Bernard Reichen, urban planner is to reconcile housing and industry through the creation of 1,000 housing units.
Bas-Chantenay will host an unprecedented artistic and urban project, the major focus of the city of tomorrow, "an extraordinary tree in the heart of an extraordinary garden": the Heron Tree.  Over 3.5 hectares, this garden will welcome in 2022 the new creation of Les Machines de l’Île, designed by Francois Delarozière and Pierre Oréfice: a monumental tree reaching 35 meters in height facing the Loire and able to accommodate 400 people on its 22 branches.

•    Pirmil-Les-Isles, "Living in la Loire": this urban project straddles three towns (Rezé, Nantes and Bouguenais). The challenge for urban planner Frédéric Bonnet is to invent new urban landscapes that represent "city-nature", where water becomes an asset for architectural and urban innovation, with new panoramas on the river. Over the next 25 years, this area will integrate 5,000 new housing units, with 55,000 m² dedicated to economic activities (shops, public facilities, offices) over an area of 150 hectares.

For Johanna Rolland, Mayor of Nantes, "Nantes is accelerating and implementing its ambitions: with these three major projects, the challenge is to put la Loire back in the heart of the metropolis, give more space to nature in the city, assert our differences and our identity, and create a new urban fantasy. The heart of the metropolis is going back to la Loire!”

•    The future central multimodal railway station of Nantes open to the city: designed by Rudy Ricciotti, architect of the MuCEM in Marseille, the future multimodal station of Nantes will be launched at the end of 2019. Located between the new Euronantes business district (600,000 m² of offices) and the Jardin des Plantes, it will provide shops and new reception areas and offer services to visitors. By 2030, traffic at this station should increase from 20 to 25 million passengers per year. The project represents an investment of 58.9 million euros.

Saint-Nazaire: city centre and coastline, the requirement at the heart of the projects

With the Loire estuary on one side and the Atlantic Ocean on the other, Saint-Nazaire is a metropolitan coastline with its 20 beaches, its 14 kilometres of coastline and its waterfront close to the city centre. Today, the ambition is to make its city centre the driving force behind its City project.

Large projects in the heart of the community help to build this active city centre:
•    The TGV Station business district: with the modernisation and expansion of the Saint-Nazaire TGV station                      (15 million euros) by 2018 and the launch of a landscape consultation in order to revitalize the City entry and increase the place of nature.

•    The "commercial city centre": in the active heart of the city centre, major renovation and conversion projects will be developed as well as the planning of 250 new housing units, development of a space dedicated to young public, development of public spaces and the digital campus around the CESI engineering school. The campus, covering nearly 5,000 square meters, will bring together emerging economic activities while promoting support for entrepreneurship, innovation, training and the link to the digital city. The first phase of delivery is planned for 2019-2020.

•     The waterfront: after the completion of the waterfront, the development of the Place du Commando will allow the emergence of a new place to live, be entertained and socialise in this open space at Saint Nazaire bay. It will be complemented by a development project, currently under consideration, of a specific offer for a Marina service  connected to the commercial downtown area (2023-2024).

•    The renovation of Les Halles: a programming study is under way to redesign its commercial vocation, improve its operation, strenghten its key place in the city centre, and renovate and enhance its structure. Work will begin in 2021.

Published on 28/02/2017
International, Attractiveness, Real estate
On the same theme
Californian Start-up "Vectice" to set up in Nantes
THE INTERNATIONAL SCHOOL OF NANTES IS EXPANDING
NANTES BROADENS ITS HORIZONS WITH NEW INTERNATIONAL SCHOOL PROGRAM
See all news
Events
The Arch
See all events
@investnantesSN