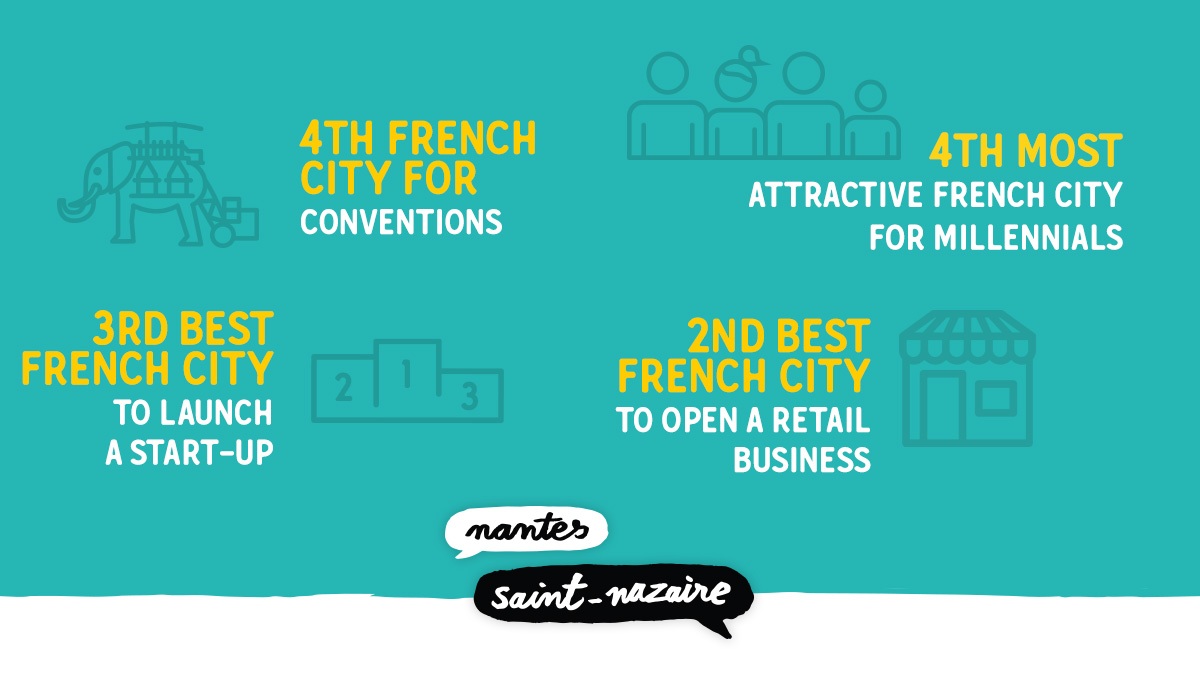 > Conventions: Nantes in the top 5

Nantes moved up 19 places in the 2016 International Congress and Convention Association (ICCA) ranking. Nantes is now in 107th place with 24 international conventions hosted, behind the French cities of Paris, Lyon and Montpellier. Nantes gained 100 places in the space of 5 years.
Source: ICCA/ May 2017

> Economic attractiveness: Nantes in the top 5 for Millennials

Just after Paris and Lille, people aged 18 to 35 voted for the French city of Nantes based on criteria including business ecosystem, healthcare, equality and recreation. Millennials are often defined by their affinity with technology, their entrepreneurial mindset and their revitalising effects on cities.
Source: NestPick / May 2017

Nantes places 2nd among the best French cities to open a retail business thanks to its very low commercial vacancy rate and the performance of retailers.
Source: Palmarès des centres-villes commerçants Procos / April 2017

> Nantes in the top 3 for startups

Behind Paris and Lyon, it is in Nantes that startups find the best conditions to launch and grow their business.
Source: Forbes / April 2017

Published on 29/05/2017
Attractiveness, International
On the same theme
Californian Start-up "Vectice" to set up in Nantes
THE INTERNATIONAL SCHOOL OF NANTES IS EXPANDING
NANTES BROADENS ITS HORIZONS WITH NEW INTERNATIONAL SCHOOL PROGRAM
See all news
Events
The Arch
See all events
@investnantesSN